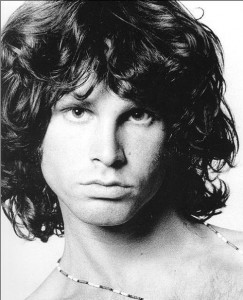 Born on December 8, 1943, in Melbourne, Florida. He studied film at UCLA, where he met the members of what would become the Doors. In 1971, Morrison left the Doors to write poetry and moved to Paris where he died. 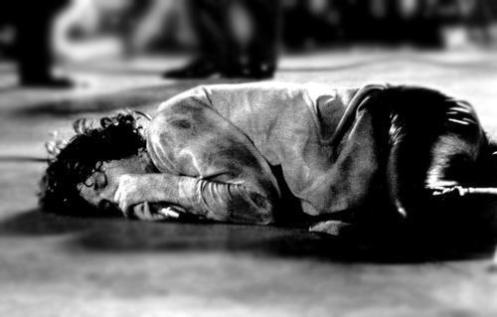 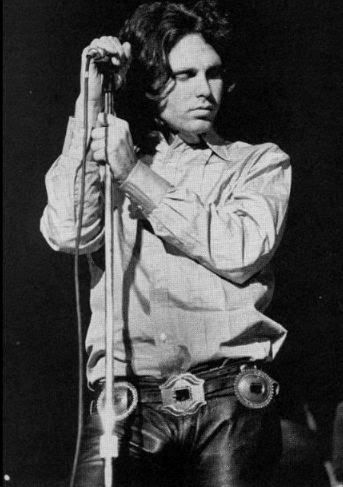 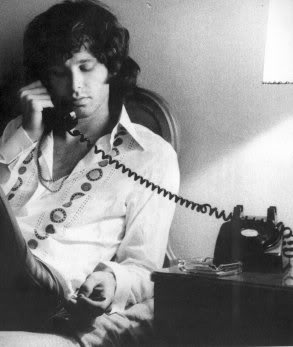 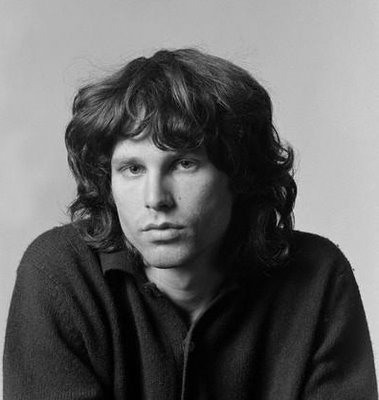 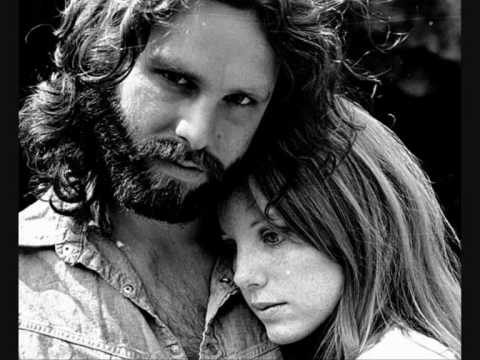 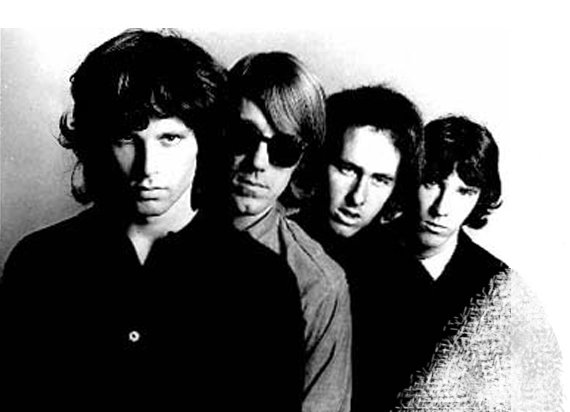 Café de Flore : One of Pamela Courson’s favorite cafés where the couple used to go sometimes. That where the last Jim Morrison interview was made.

Les Deux Magots : Jim Morrison loves the Art Deco style of this café. He used to come here for dinner with the other members of The Doors. After Jim Morrison’s death, The Doors have kept on coming to this place. 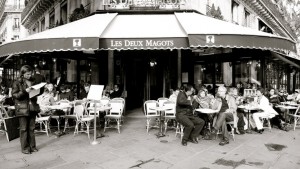 L’Hôtel : In May 1971, Pamela and Jim came to spend a few days in this hotel, at the 2d floor. Jim Morrison asked for the same room as the one where Oscar Wilde died. One day, Jim Morrison, drunk, fell from the room on a car parked just below and luckily wasn’t injured. Hôtel des Beaux Arts – 13 rue des Beaux Arts – Paris 6 – Métro Saint Germain des Prés.  http://www.l-hotel.com 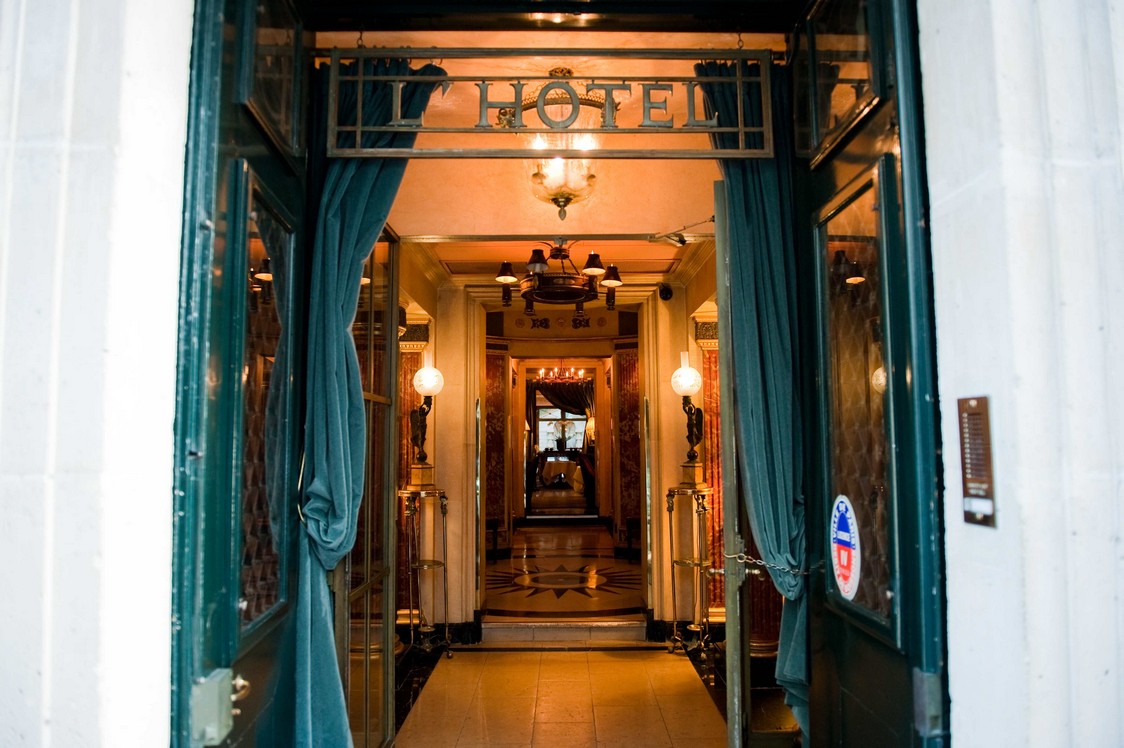 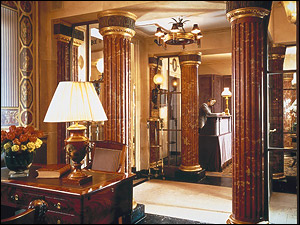 La Palette : One of Jim Morrison’s favorite bar . He liked the old paintings decorating the walls. In this bar used to come Paul Cezanne, Pablo Picasso and Ernest Hemingway as well. This bar is a very nice and quaint place, but often crowded. 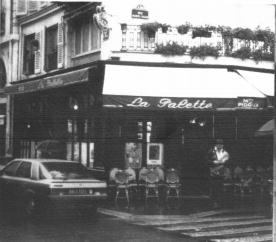 It is popular for its terrace that overlooks the street Jacques Callot. The restaurant’s façade and the interior of one of its salon are registered as historic monuments. It is traditionally a gathering place for Fine Arts students, gallery owners and artists. Nowadays, it is a place where Harrison Ford or Julia Roberts sometimes come. La Palette – 43 rue de Seine – Paris 6 – http://www.cafelapaletteparis.com/

Quai d’Anjou (on the north bank of the Saint Louis Island) : Jim Morrison likes to walk along the Seine, or rest on the Quai d’Anjou, to watch the boats and the people walking on the Pont Marie. He enjoys visiting the Hôtel de Lauzun, where Charles Beaudelaire, one of his favourite poets, used to come. Currently, this Hôtel, owned by the City, can’t be visited. Hôtel de Lauzun – 17 Quai d’Anjou – Paris 4 – Métro Sully Morland

17 rue Beautreillis (flat) : between st Paul street in the Marais and Bastille. Where Jim and Pamela have lived for a while at the 3d floor (French 3d floor – American 4th floor) . It’s where Jim Morrison wrote ‘Observations of America while on trial for Obscenity ». It’s the appartment where Jim Morrison supposedly died in 1971 at the age of 27, according to official reports. It says that he and his girl friend had been going the night before to the movies and returned home. In the middle of the night, Morrison awoke and took a bath, where his girl firend found him dead. The death certificate indicates a heart failure. The building is a Hausmannian-style apartment facade 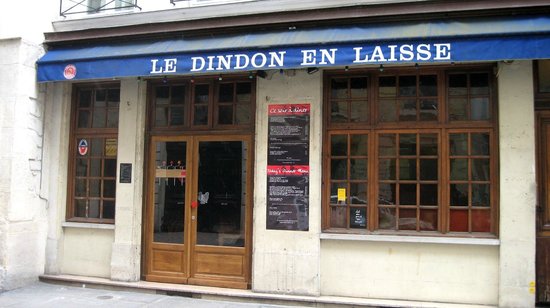 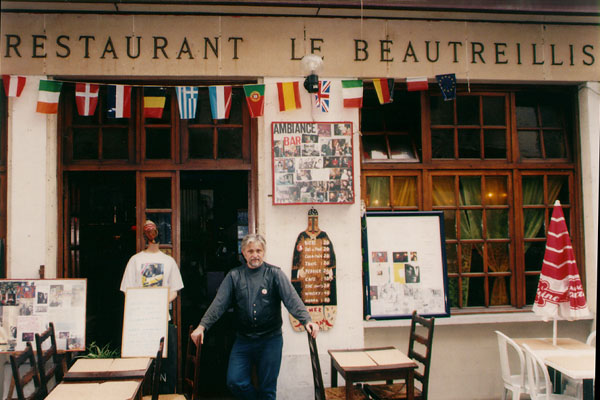 Place des Vosges : One of Jim’s favorite places in Paris. It’s close to his flat, right in the center of the city. He comes there to write poetry, to rest on a bank. That’s where he wrote « Wilderness » and « La nuit Americaine ». Place des Vosges – 14 place des Vosges – Paris 4 – Chemin Vert 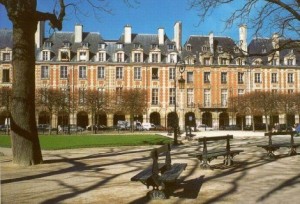 Père Lachaise cimetery (south-east of Paris – Where Jim Morrison’s grave is located).  Jim Morrison spent half a day on Père Lachaise, less than a week before he died and saw the graves of Oscar Wolde, Edith Piaf, Balzac and Chopin. He was with a friend and told him that he would like to be buried in this cemetery. His funeral took place on the July the 7th 1971. The funeral was disgraceful : About 10 persons only where there. 10 minutes long. No priest was present, no prayer was said. No speech. Just a few final words by Agnès Varda. Everybody left in a hurry and never returned.  A white statue has been put not before 1981, stolen in 1988. 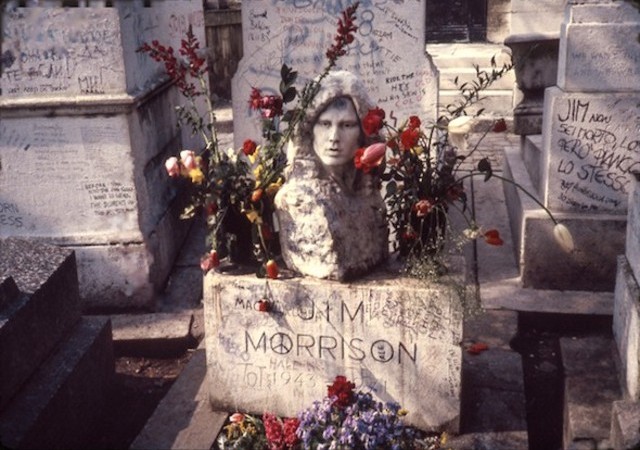 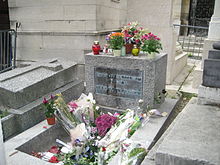 Two cameras (video) now, are constantly watching the grave 24 hours a day. Jim Morrison’s grave is one of the top tourist destination : the 4th most visited Paris location (after the Eiffel Tower, Notre Dame and Beaubourg Center)