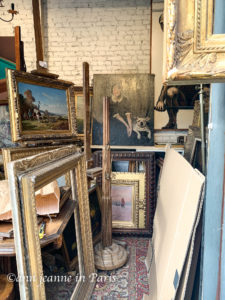 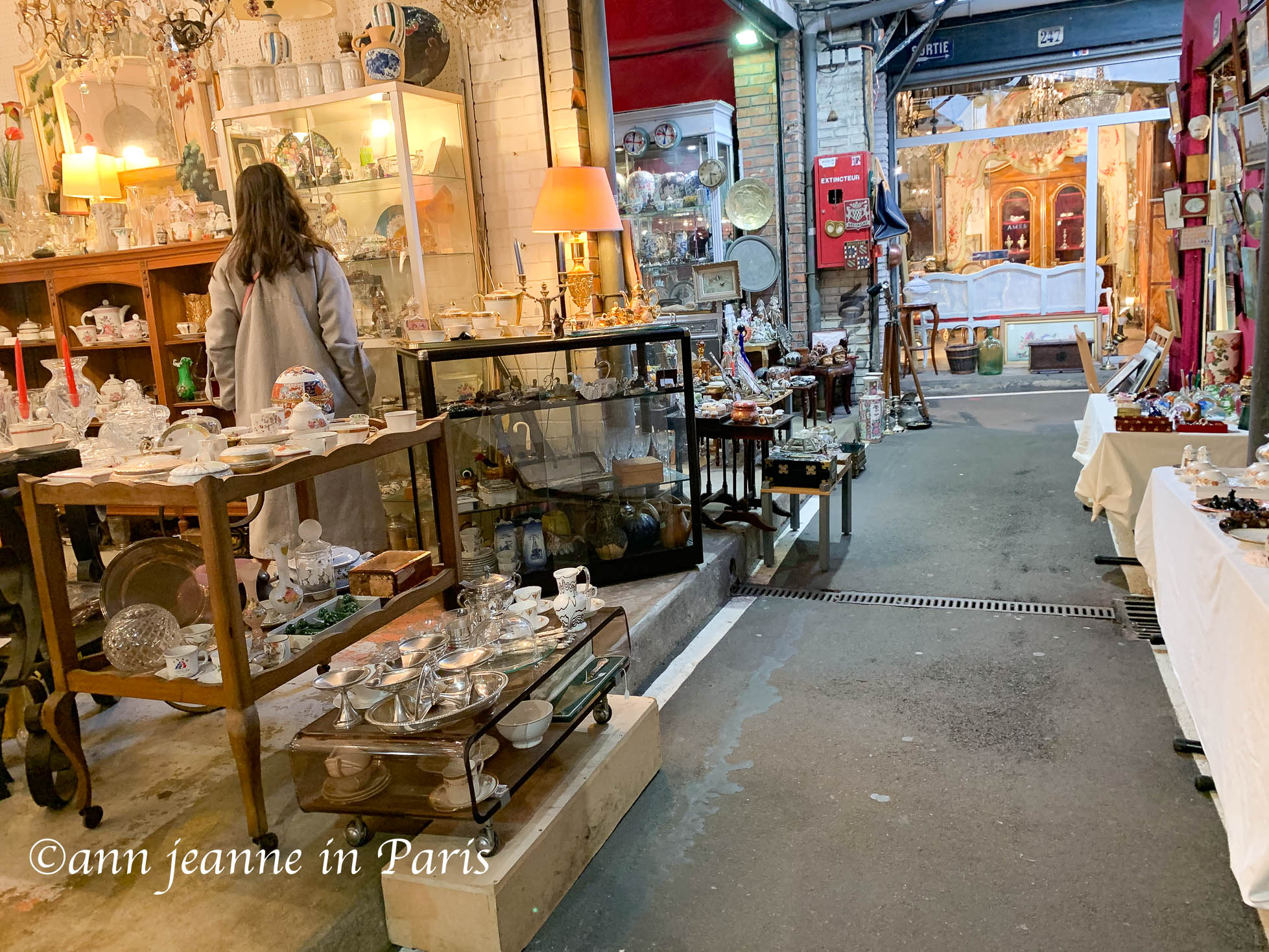 People come here from all over the world. It attracts over 10 million visitors per year

It’s located on the northern edge of Paris. Although it’s officially located in the suburb city called Saint Ouen, it’s generally considered by everyone as a part of Paris. 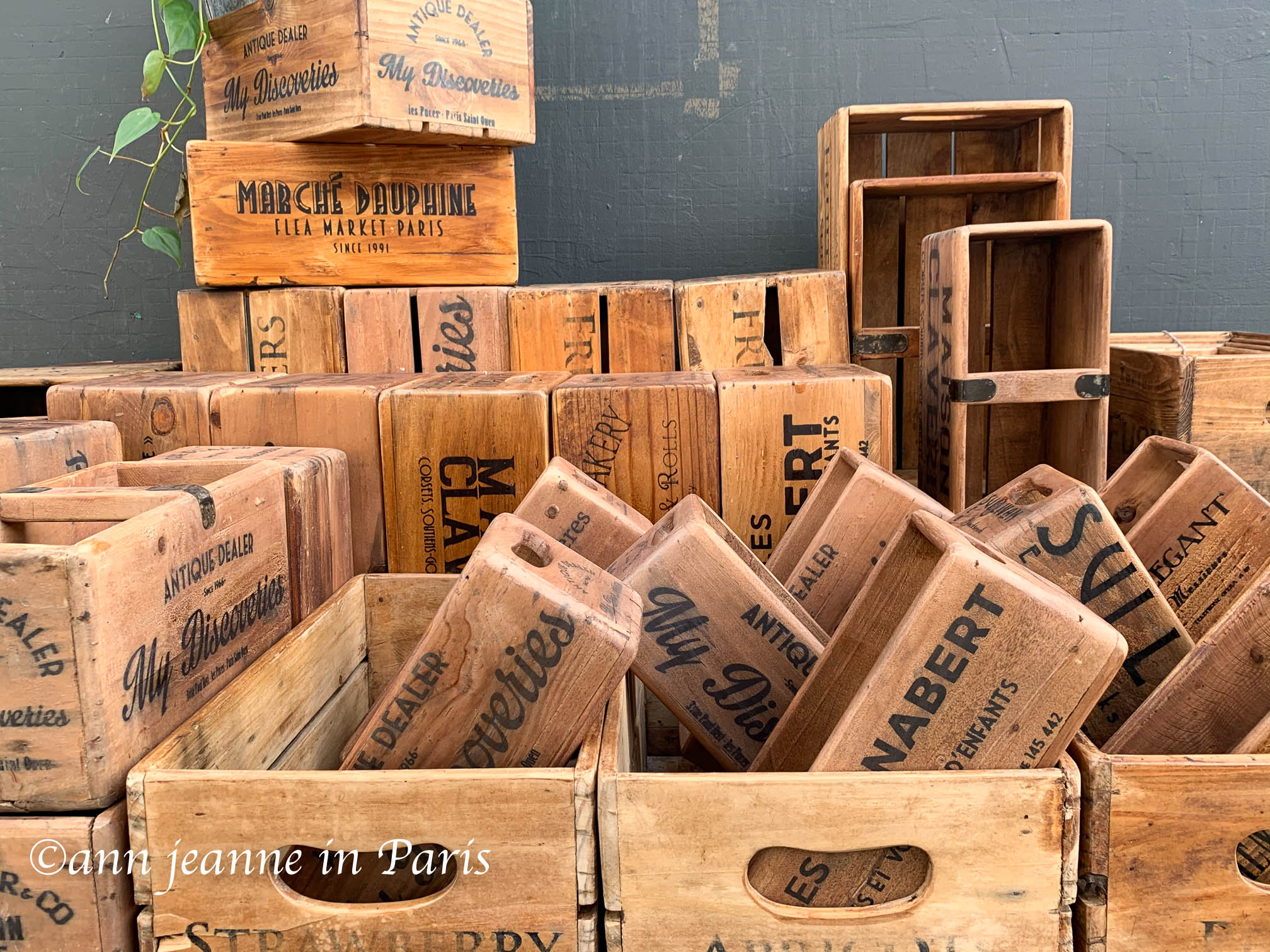 The largest flea market in the world

Saint Ouen is the largest flea market in Paris …  but in the world too !

The 3 main Paris flea markets are : Vanves flea market, Montreuil flea market and St Ouen Flea market. But Saint Ouen is by far the largest and most important 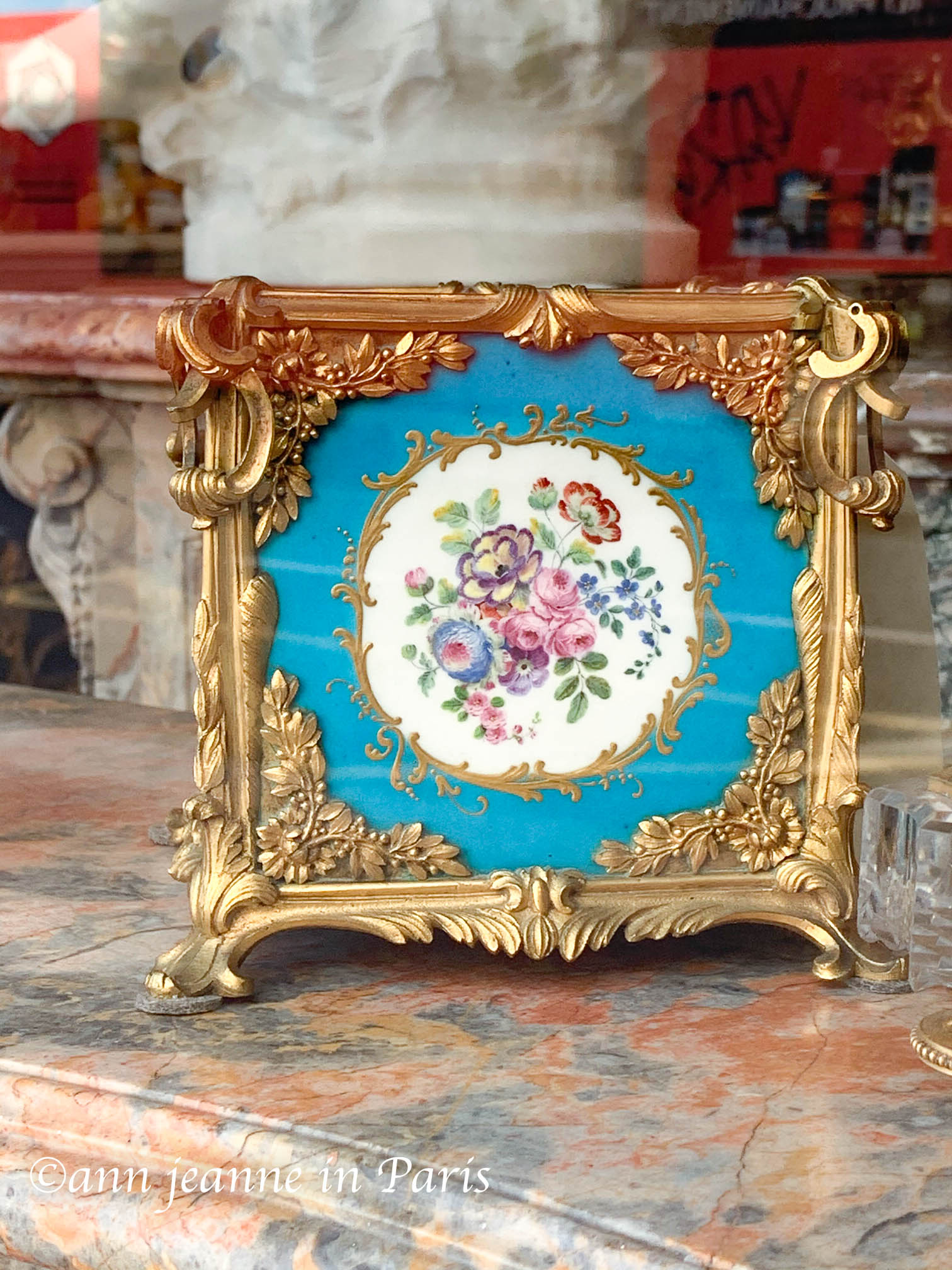 You can find everything from antiques, records, books, antique jewellery… to clothing. From all eras and all countries. And for every budget

And one main street called : la rue des Rosiers which help you find your way in this huge village-flea market. A good benchmark.

It started with people collecting all sorts of things at night, through the garbage of Paris so as to sell them.  But after a while,  in the late 19th century, they were chased out of the city. Some of them twent to the northern border of Paris where they set up temporary stalls

Then these sales expanded and became more organized.

Finally the Marché de Saint Ouen itself, as it look now, started after WWI with sort of enclosed areas (some covered and some open-air) set up along one main street (la rue des Rosiers). It became very popular within a very short time.

It earned its name because of the flea that infested the furniture which was sold there. 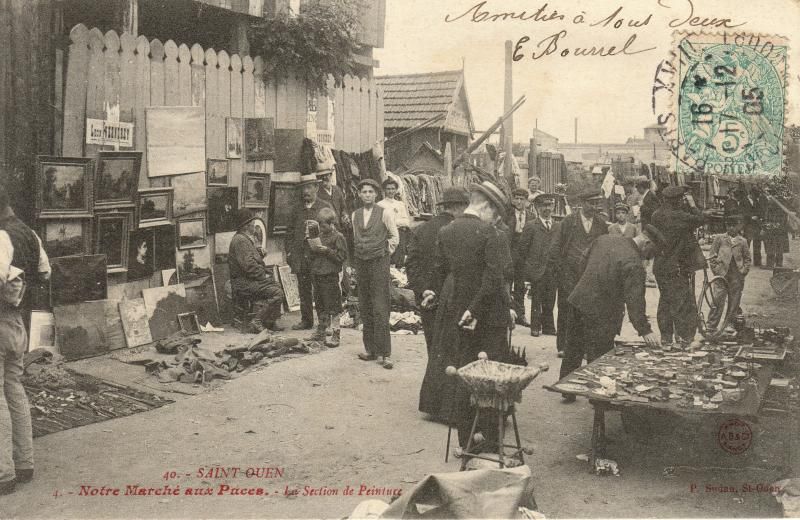 A Spot in MIDNIGHT IN PARIS (Allée n°1 in Marché Biron)
Midnight in Paris in le Marché Biron …Do you remember this episode when Gil is strolling in this flea market, looking for some gem and meet Gabrielle from who he buy an old record of Cole Porter ? 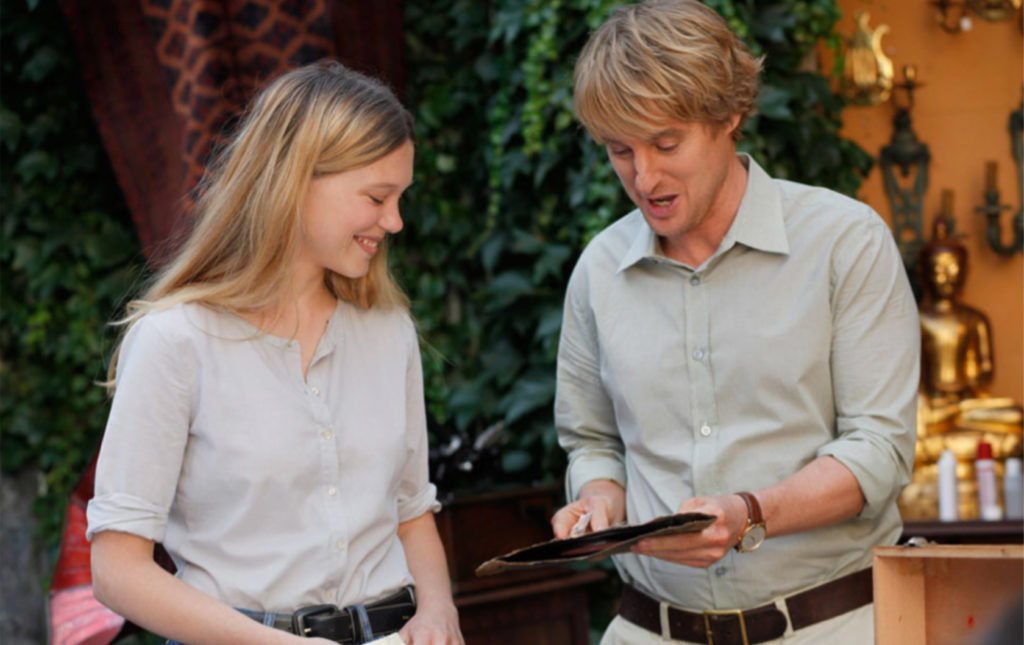 In les Puces de Saint Ouen, there are more than 14 market-areas The main ones are : 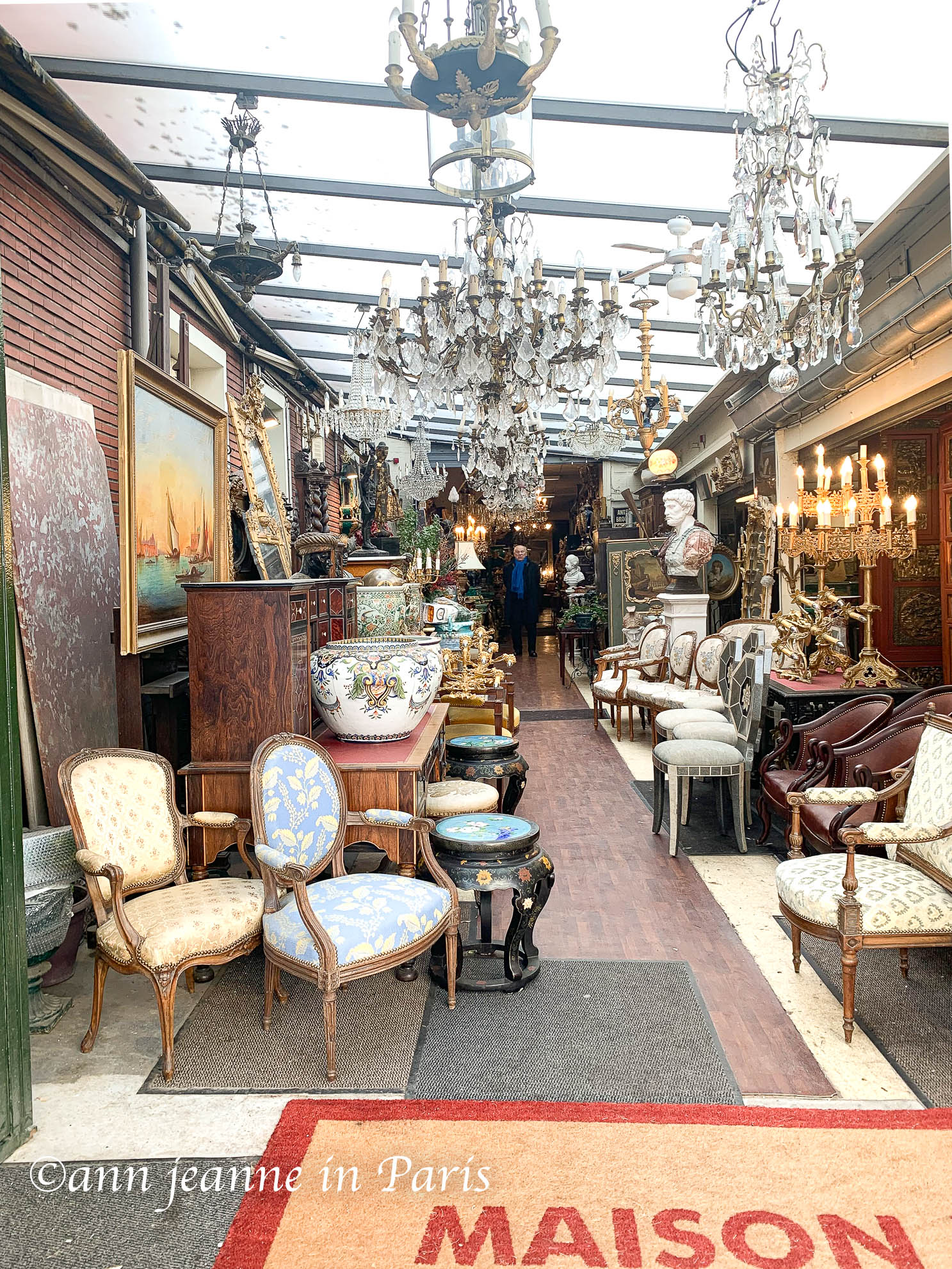 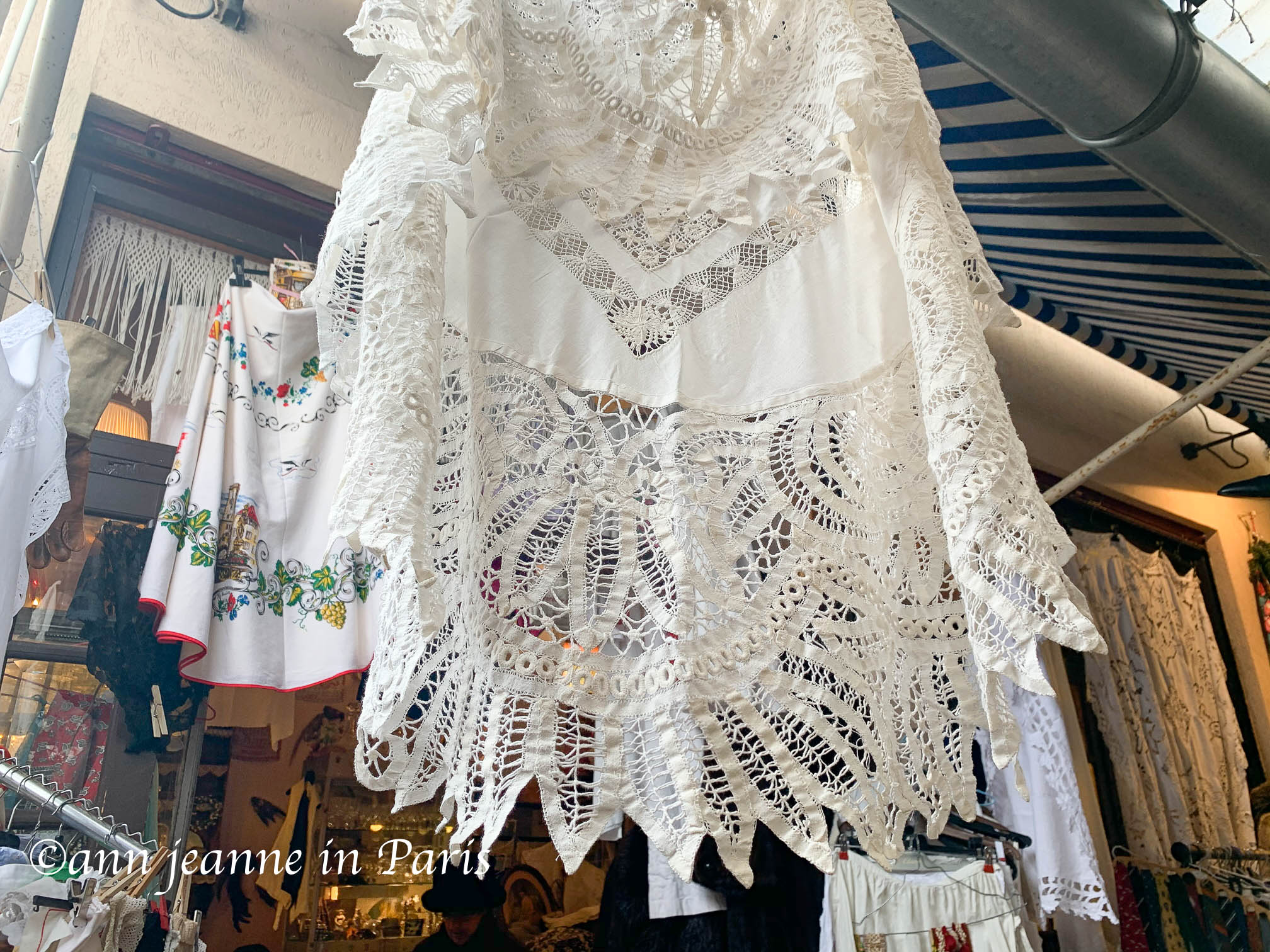 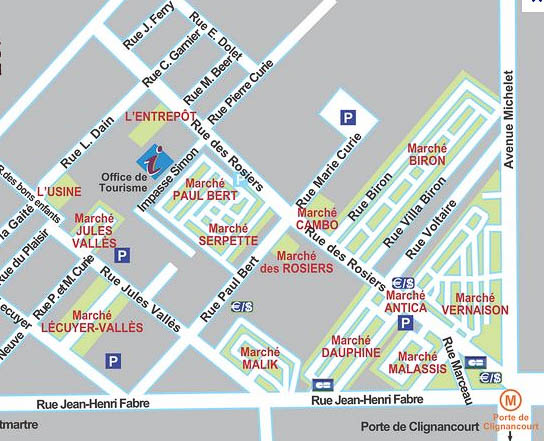 All sorts of items you can find in les Puces de Saint Ouen : 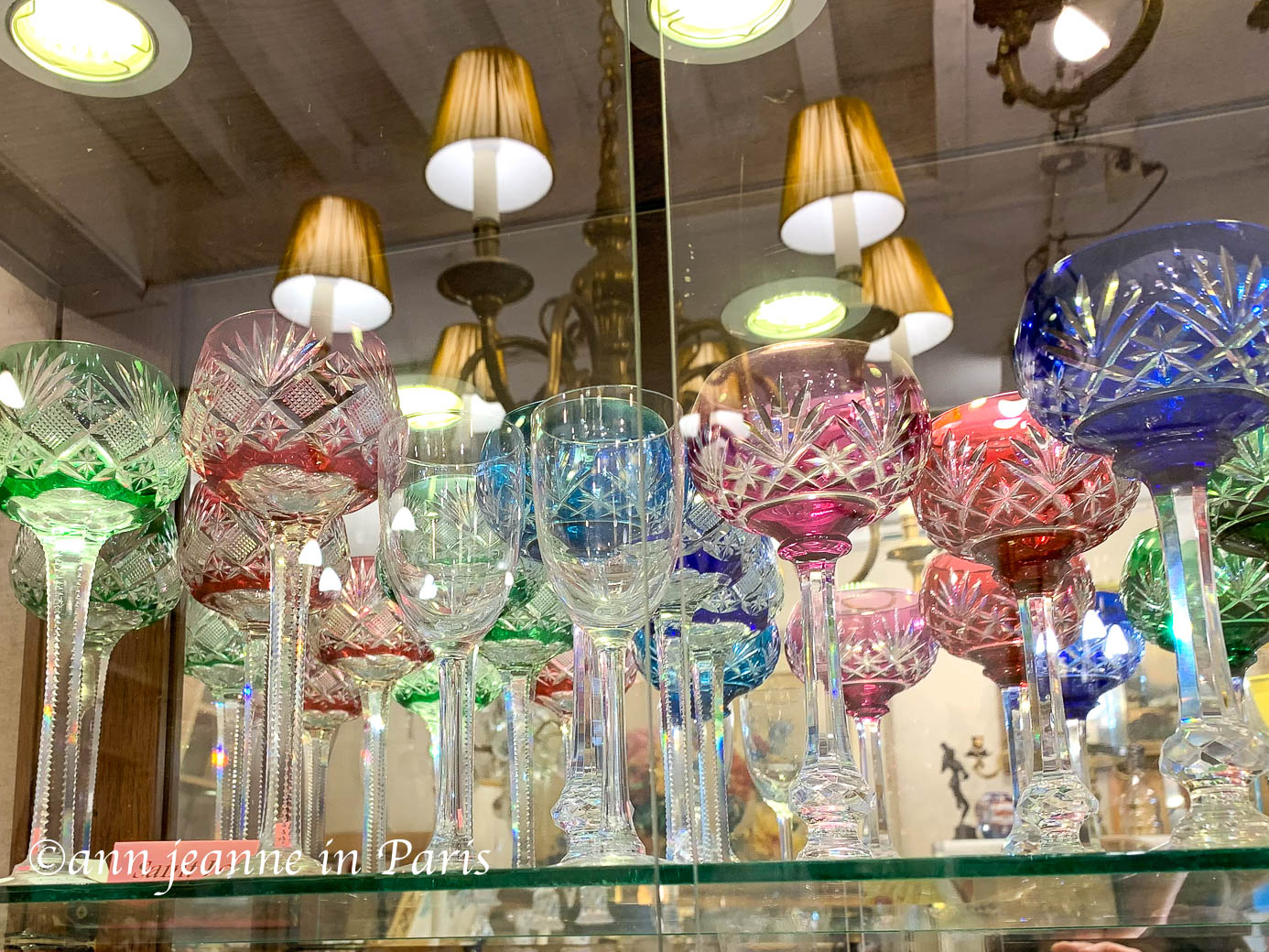 My thoughs and advice

HOW TO GET THERE ?

First option : Metro stop Porte de Clignancourt (Line 4) and follow the signs. It’s about a 10 minutes walk  (walk north) after the Périphérique ( =the circle road which goes all around Paris). I must admit, not the nicest and most attractive walk and a walk during which it’s better mind your bags… Until  you arrive at the Puces de Saint Ouen themselves

Second  option : (so as to avoid the not very pleasant path between Clignancourt metro stop and the flea market itself). Metro stop Garibaldi (line 13). Then about 15 minutes walk. This is generally the option I choose 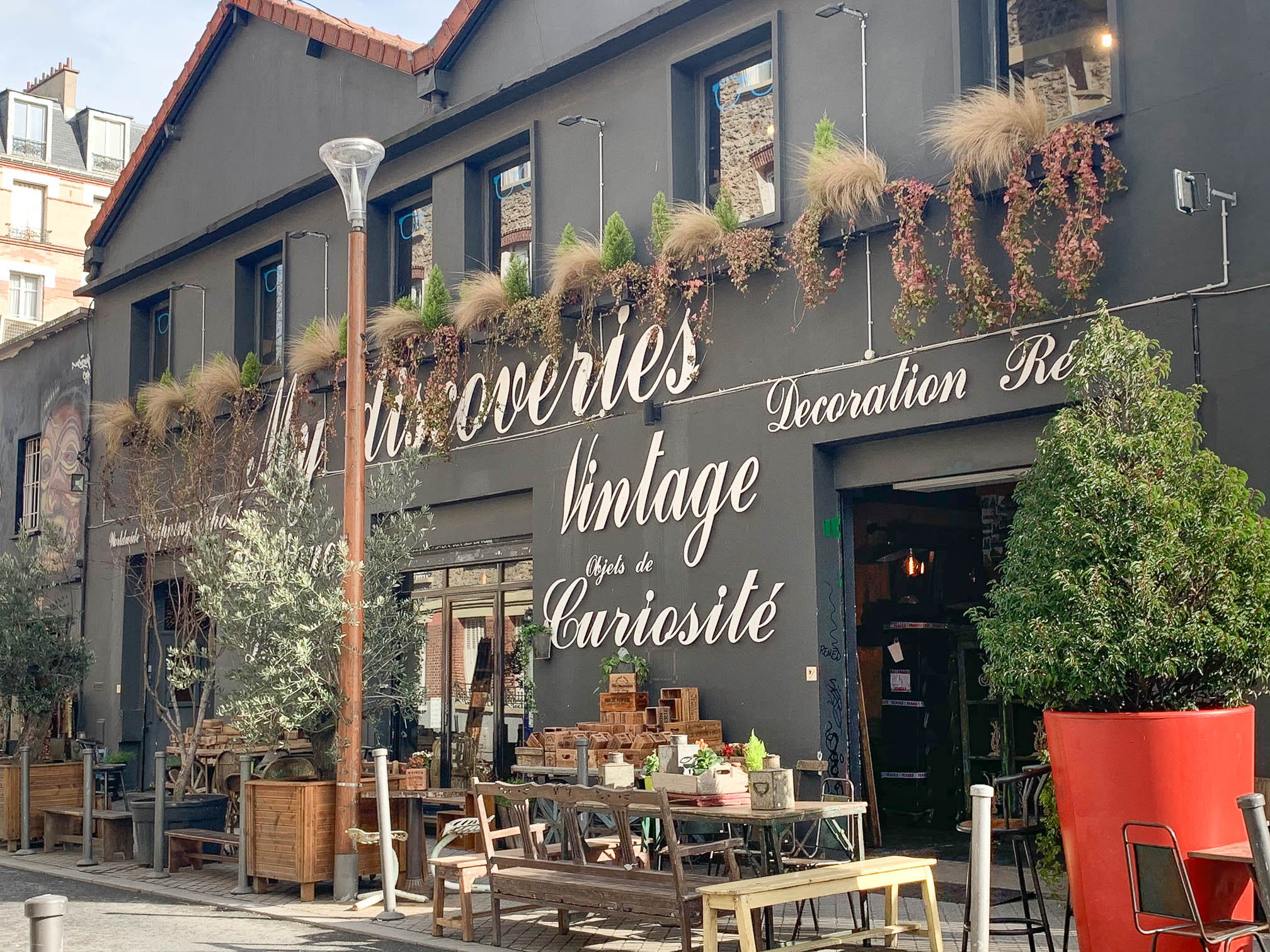 You’ll find numerous cafés and restaurants. But you probably won’t find high gastronomy there ! Among the most famous places :

“Paris with a Parisian, from a Parisian perspective… less touristic, more Parisian !” 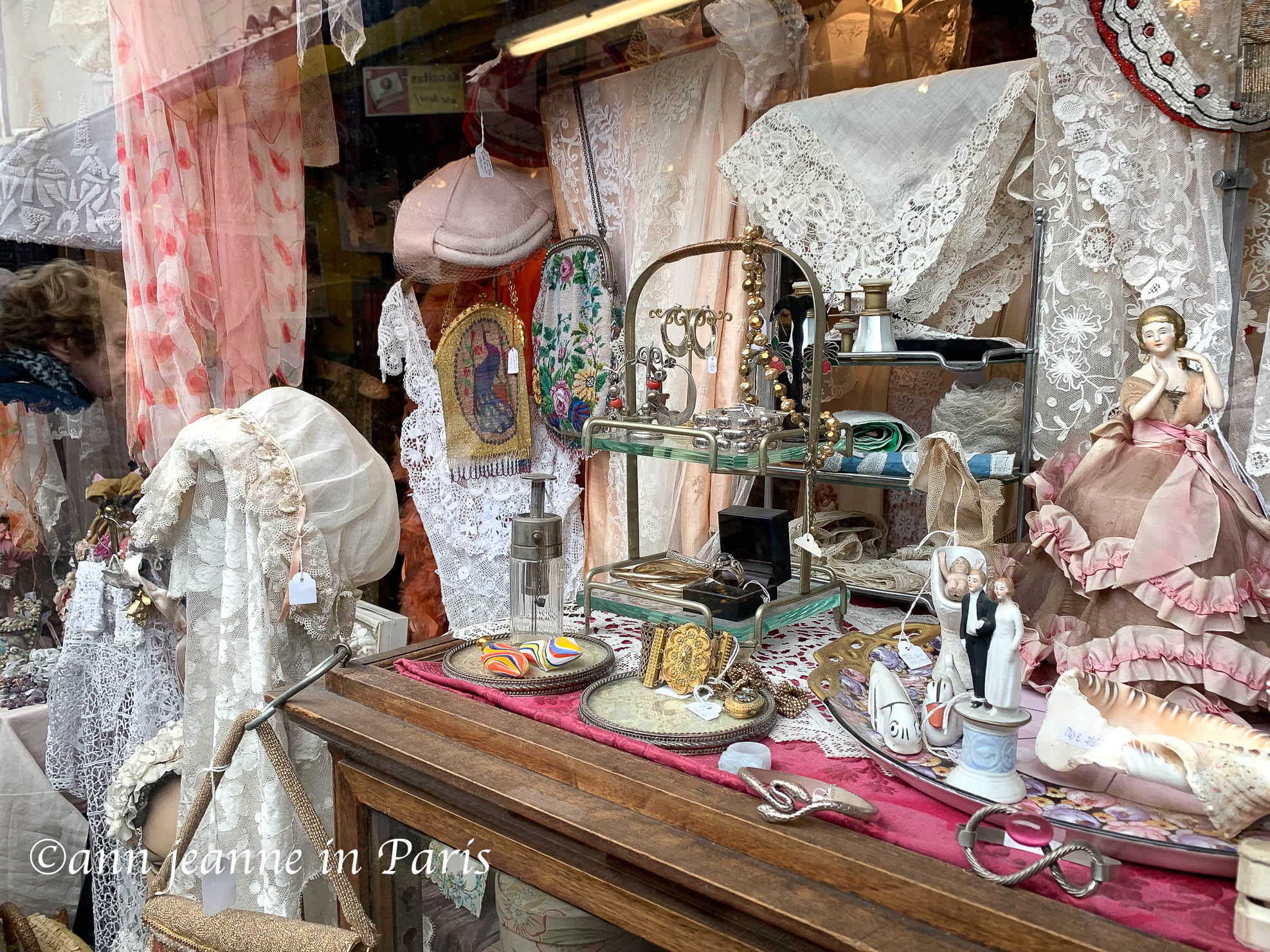 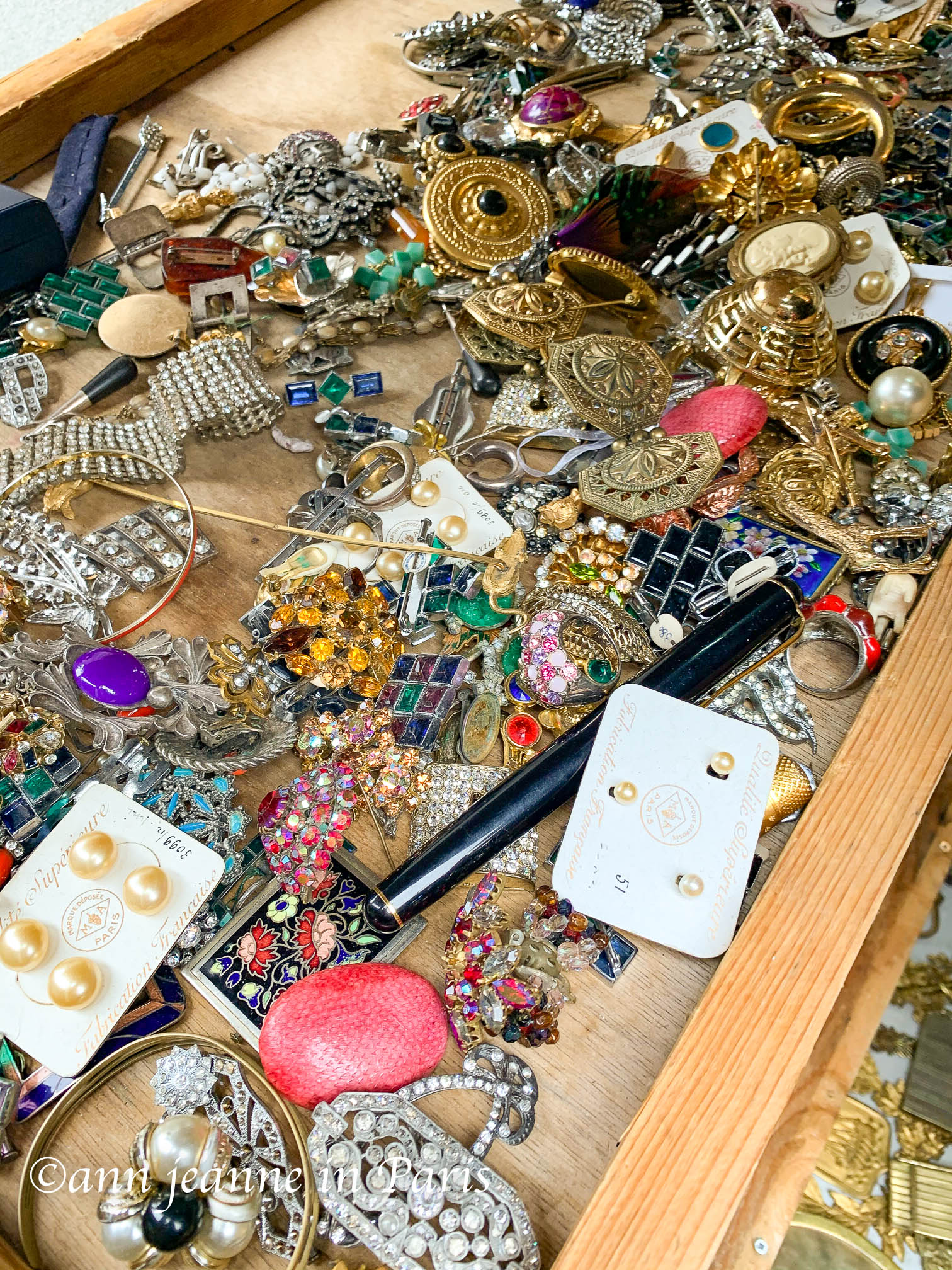 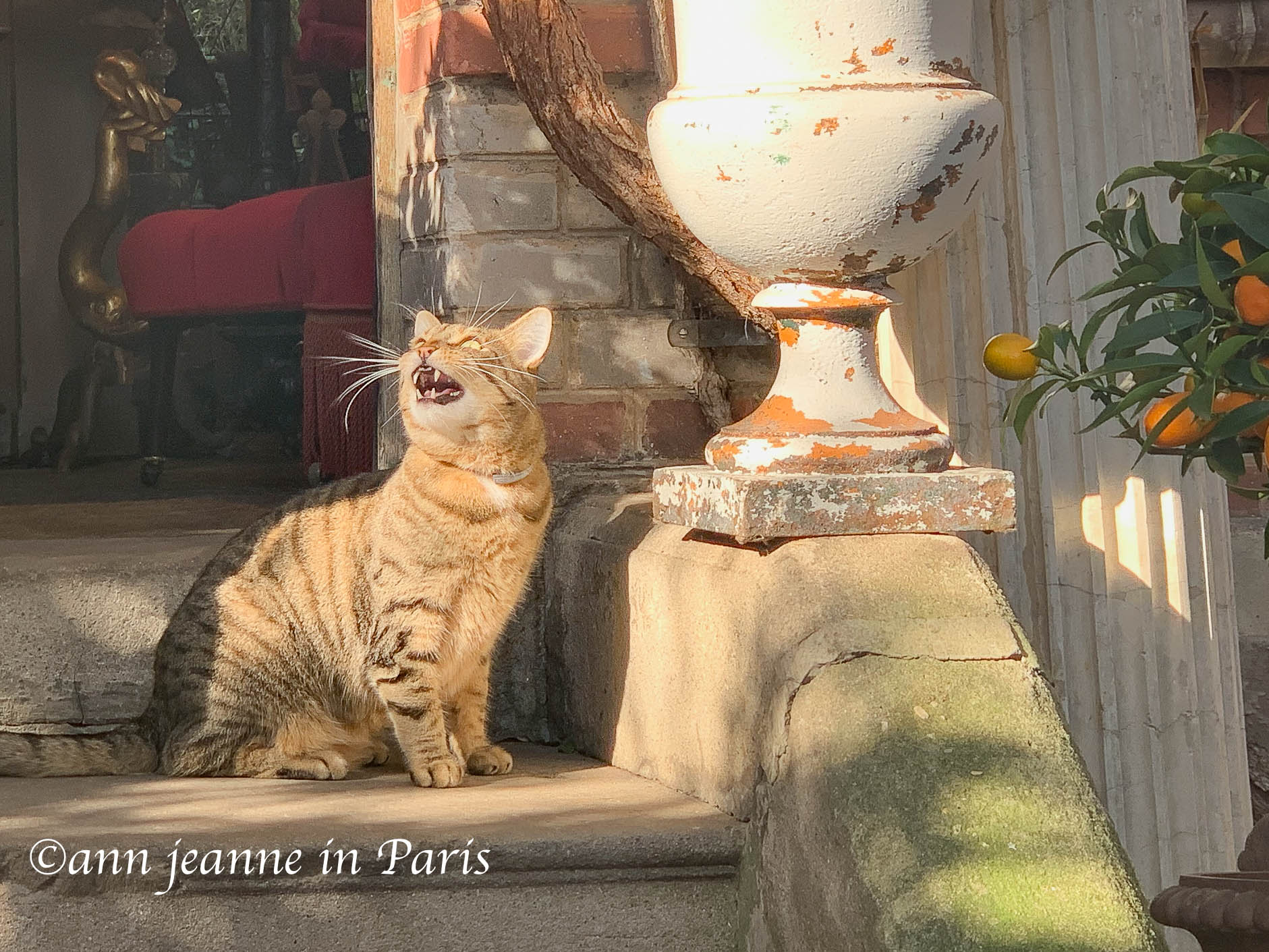 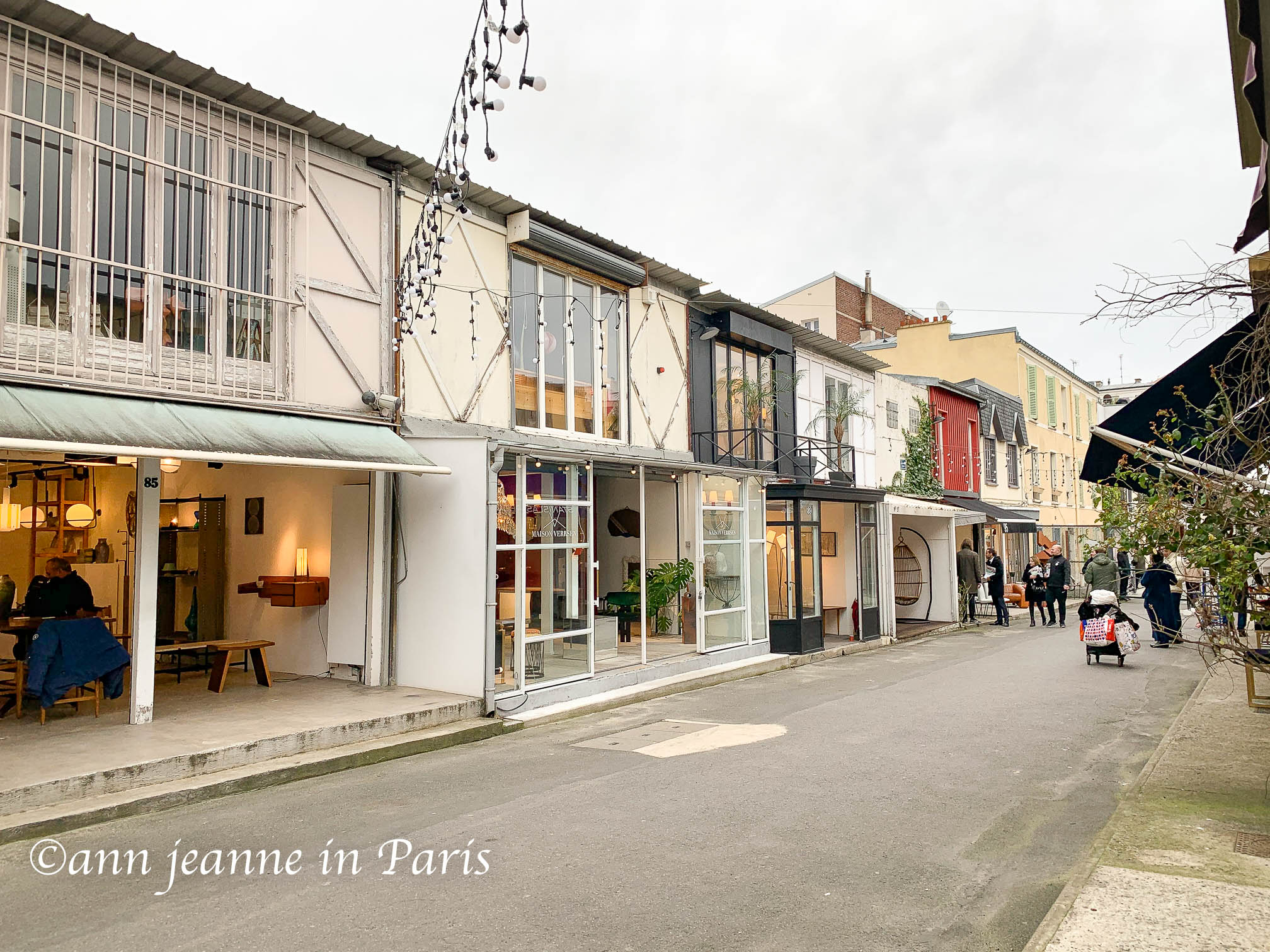 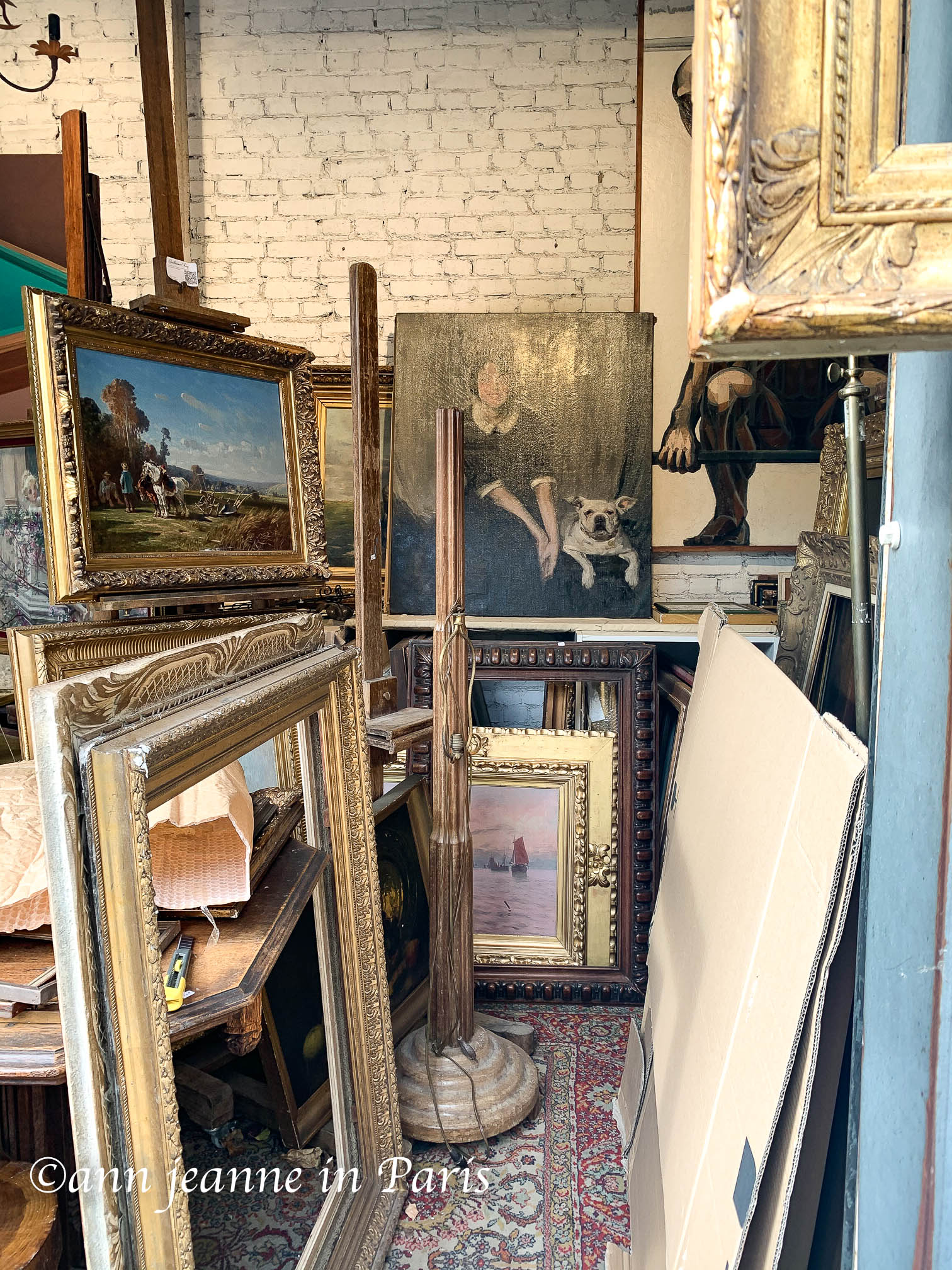