DALLOYAU : a royal gastronomic legacy since 1682 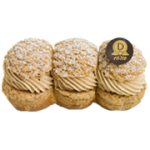 Dalloyau Luxembourg is located across the street at the exit of Luxembourg garden, and faces a nice fountain. The tea room upstairs is overlooking the Luxembourg garden. Quite a simple setting, but , fine French pastries…. and a long history … 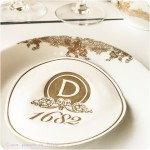 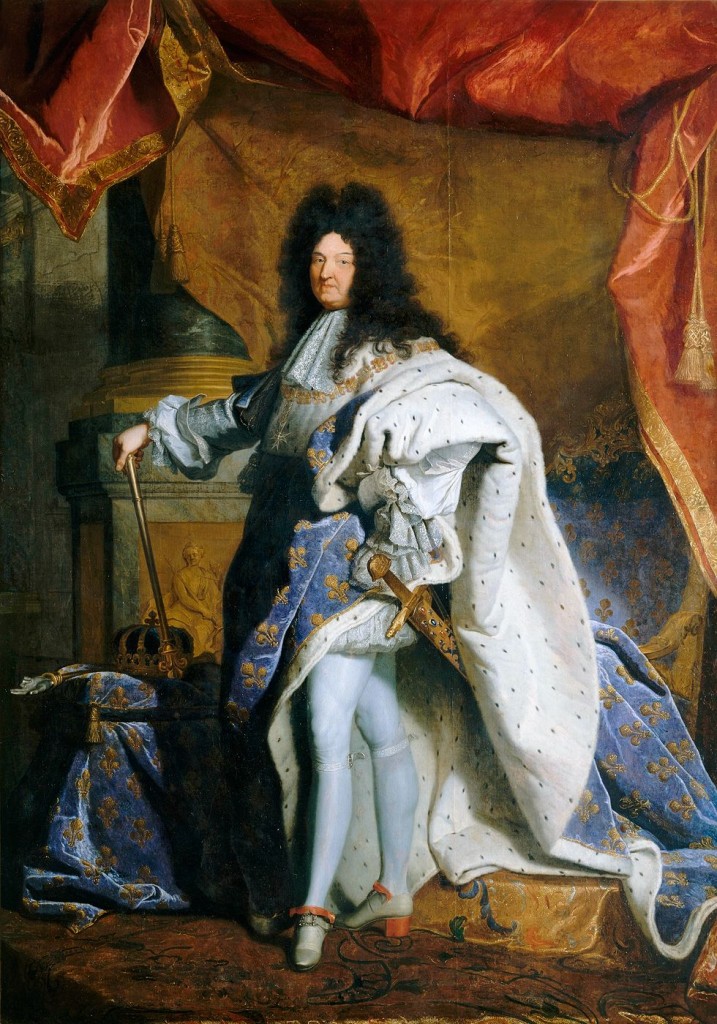 In 1682, Louis XIV once tasted Dalloyau’s breads during a reception. Since then, Louis XIV hired Charles Dalloyau. Over 4 générations, the Dalloyau brothers all work at the Court. Then, they were ennobled. 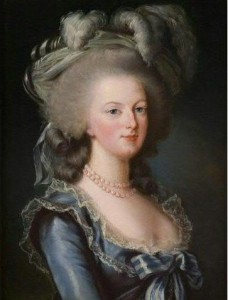 In 1763, The Dalloyaus were at the service of Marie-Antoinette and the grande bourgeoisie.

In 1802, After the French Revolution, Jean-Baptiste Dalloyau, descendant of Charles, founded in 1802, « Dalloyau, house of gastronomy ». and offers to the bourgeoisie, cooked meals to have a party at home. He settles in Paris, rue du Faubourg Saint-Honoré, the current address of Dalloyau’s main Paris shop.

Opera Cake : created by Dalloyau in 1955 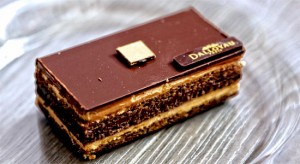 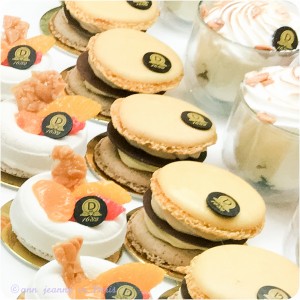 Croquant aux agrumes (on the left)

My advice and other details:

*Addresses : (tea rooms and shops). Dalloyau has 44 shops all over the world, among which, four Dalloyau boutiques in Paris*. 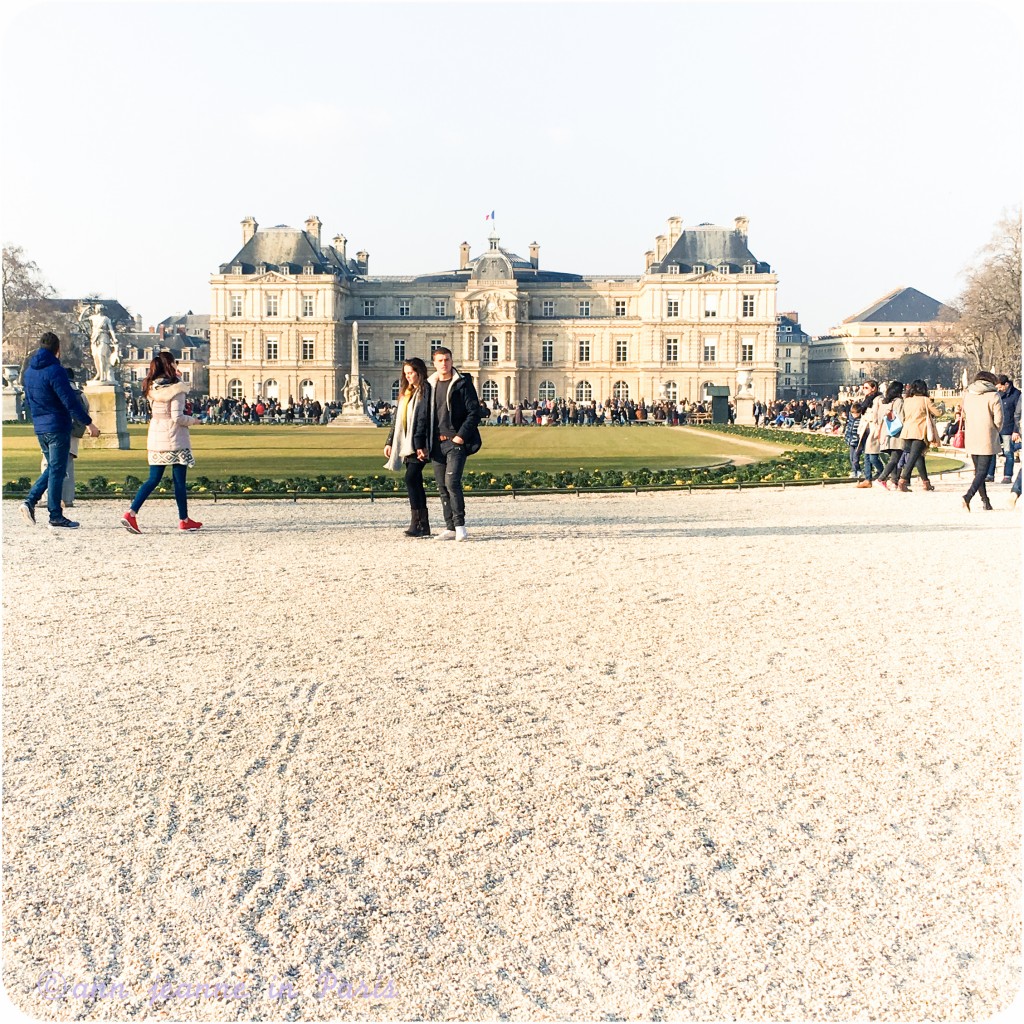 “Le Sénat” (the second assembly room) in the Luxembourg Garden 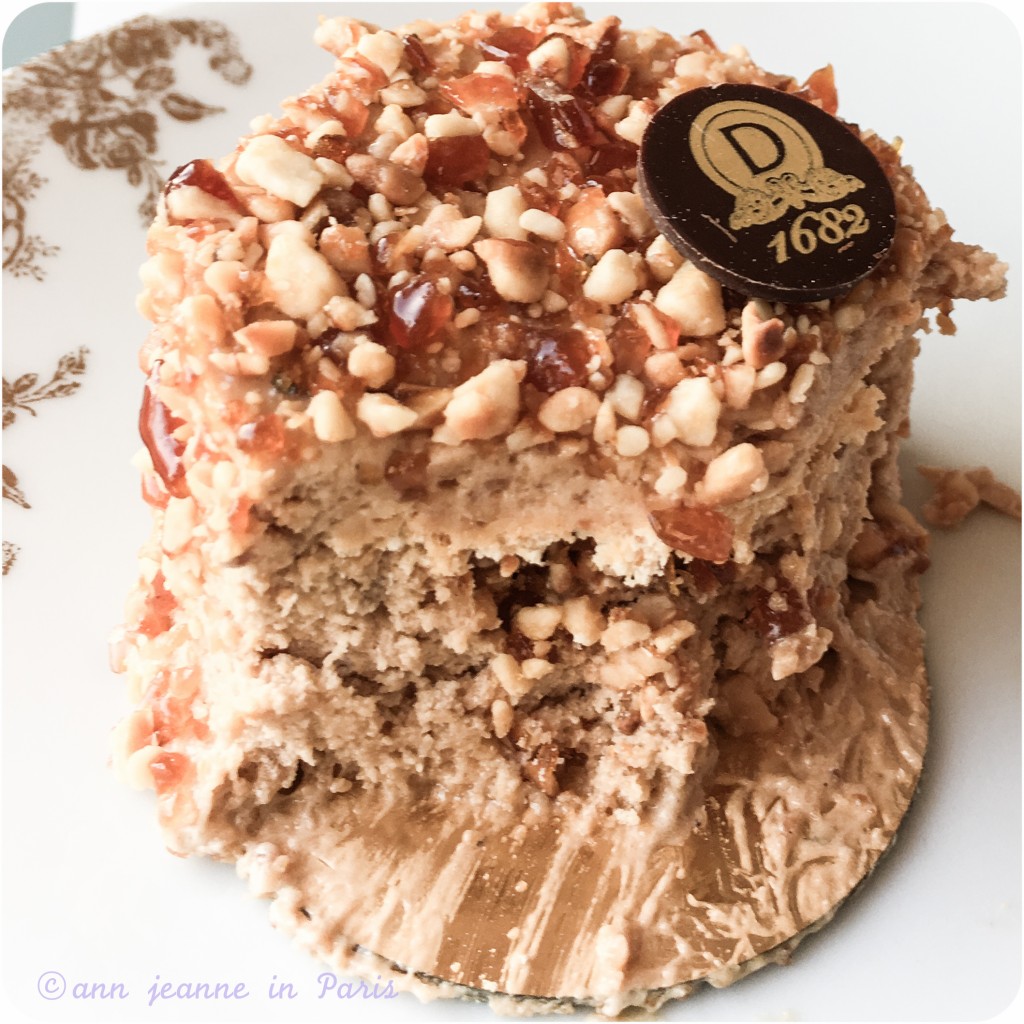