Chapel of our Lady of the Miraculous Medal

I thought that you, my Facebook friends, fans, subscribers and visitors to Paris may be interested in this Chapel, especially if you’re Catholic  : 2 million people from all over the world visit this chapel every year. Though  the Chapel of our Lady of the Miraculous Medal yet remains unknown to many residents in Paris. I must admit that I have known  that this Chapel existed for a few years only…  More details about Catherine Labouré and the medal, below 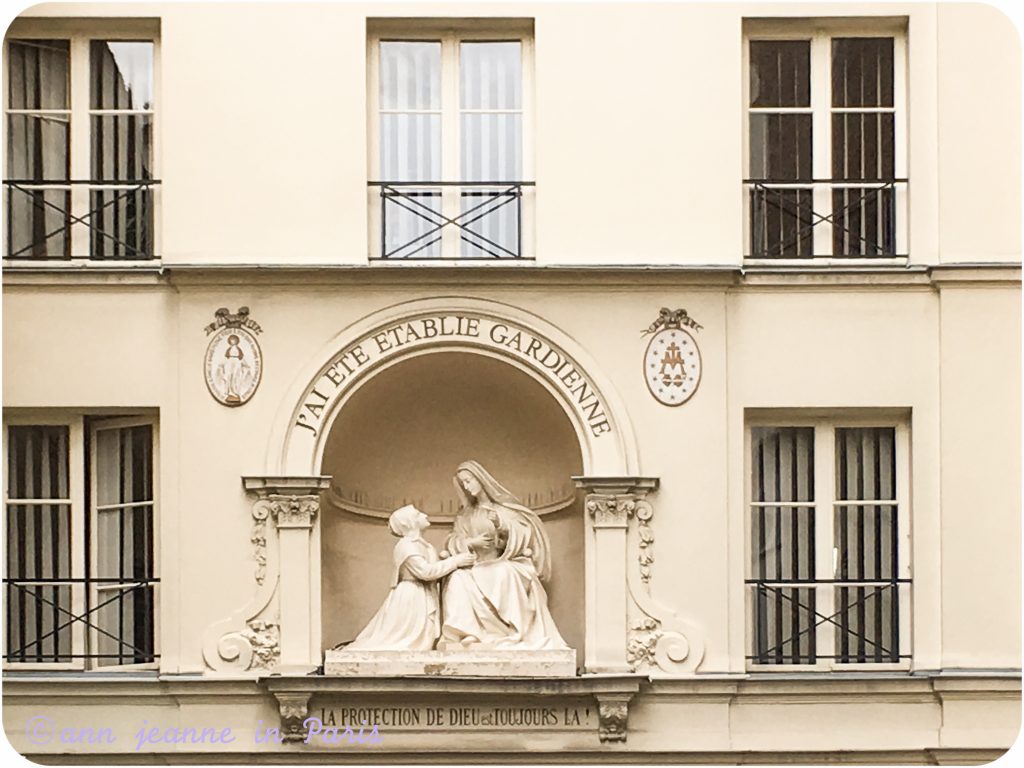 The Chapel of our Lady of the miraculous Medal is one of the most important places of Prayer and Catholic pilgrimage  in Paris. It draws believers from all over the world. 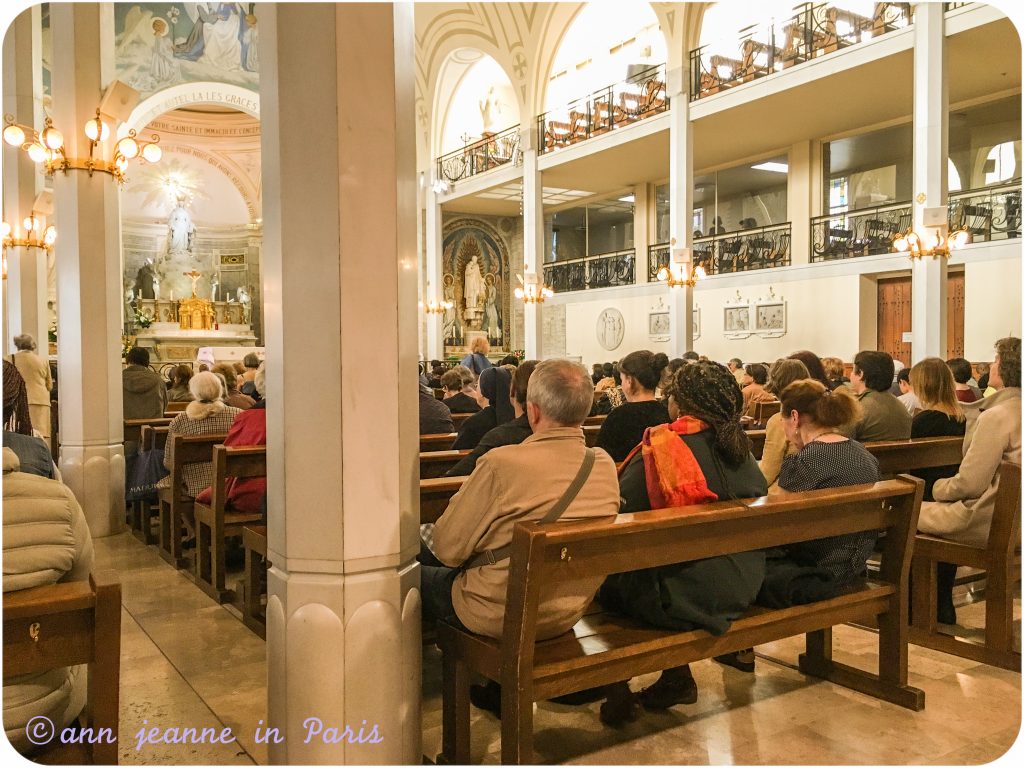 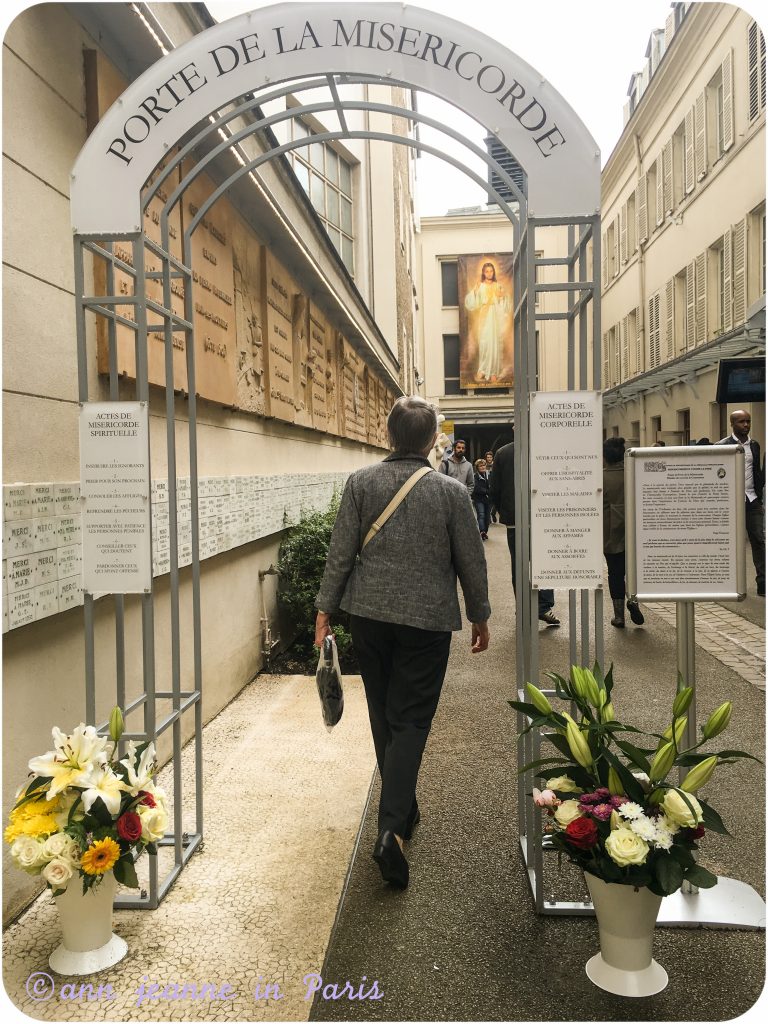 The Chapel : the chapel was built in 1815 and was dedicated to the Sacred Heart of Jesus. It’s located in the heart of Paris at 140 rue du Bac. At the end of a little courtyard, behind the Bon Marché department store. 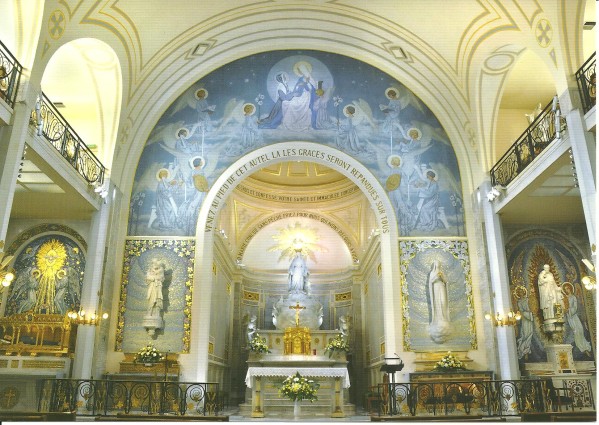 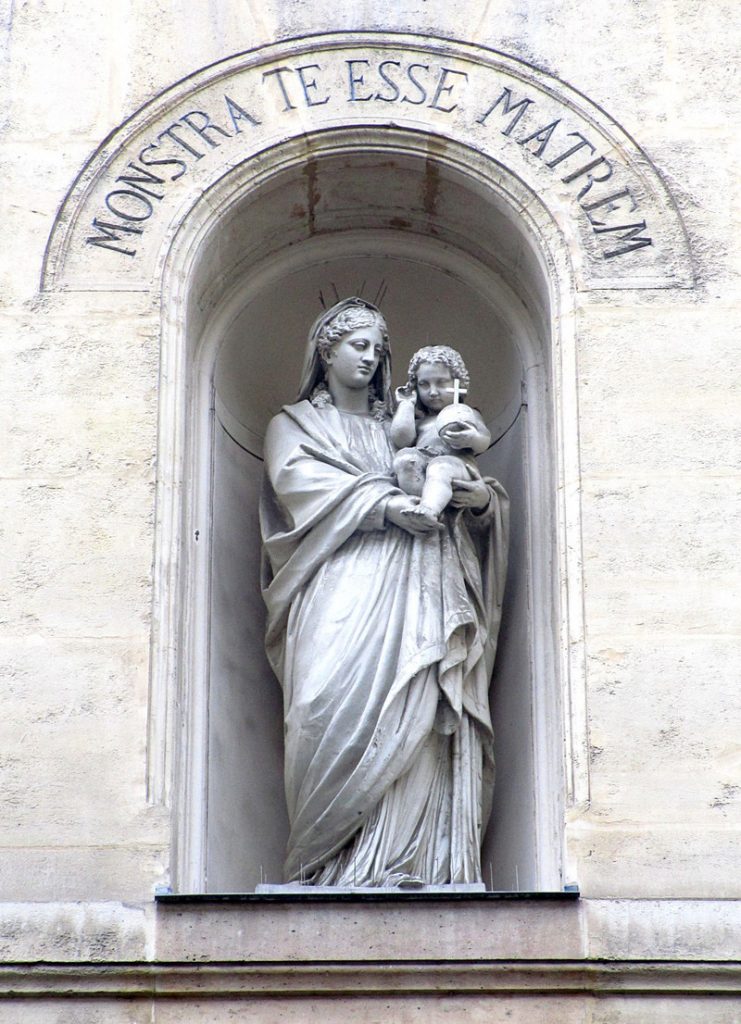 Sainte Catherine Labouré (1806 – 1876) : She was born in a family of farmers in Burgundy. When she was 9, her mother died and at 12, she had to work on the farm and she did not learn to read and write until she was 18. She wanted to consecrate her  life to God and to the poor, but her father refused to let her go and sent her to Paris to work as a cook and servant. But later,  she became a member of the Company of daughters of Charity and in 1830,  she was then 24, she began her formation at 140 rue du Bac (where the Chapel is). In 1830, it’s claimed that the Virgin Mary  appeared to Catherine Labouré  in a series  of 3 miraculous apparitions that took place in the Chapel. The young novice seminary sister was told to have a medal made, that would protect and grace those who wore it. The first Miraculous Medals were made in 1832. 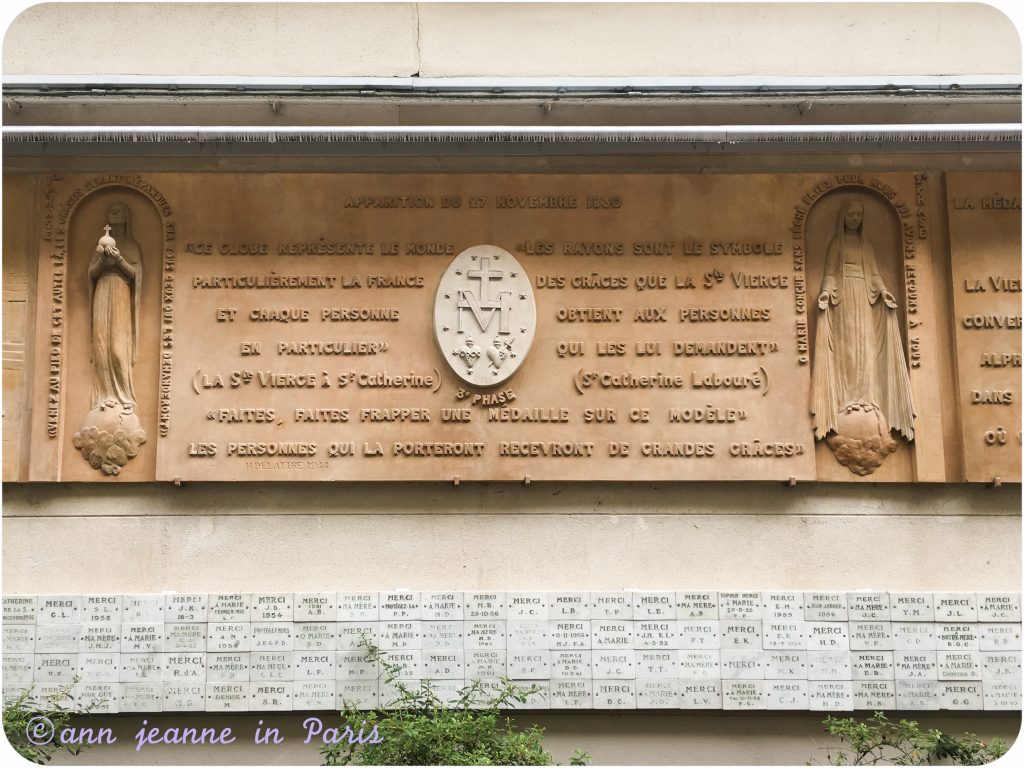 The same year, a cholera epidemic plagued Paris and the medals’ popularity spread rapidly as wearers of the medal apparently found themselves miraculously cured or protected from the deadly disease.  It did not take Parisian long to call it the “Miraculeus Medal”. 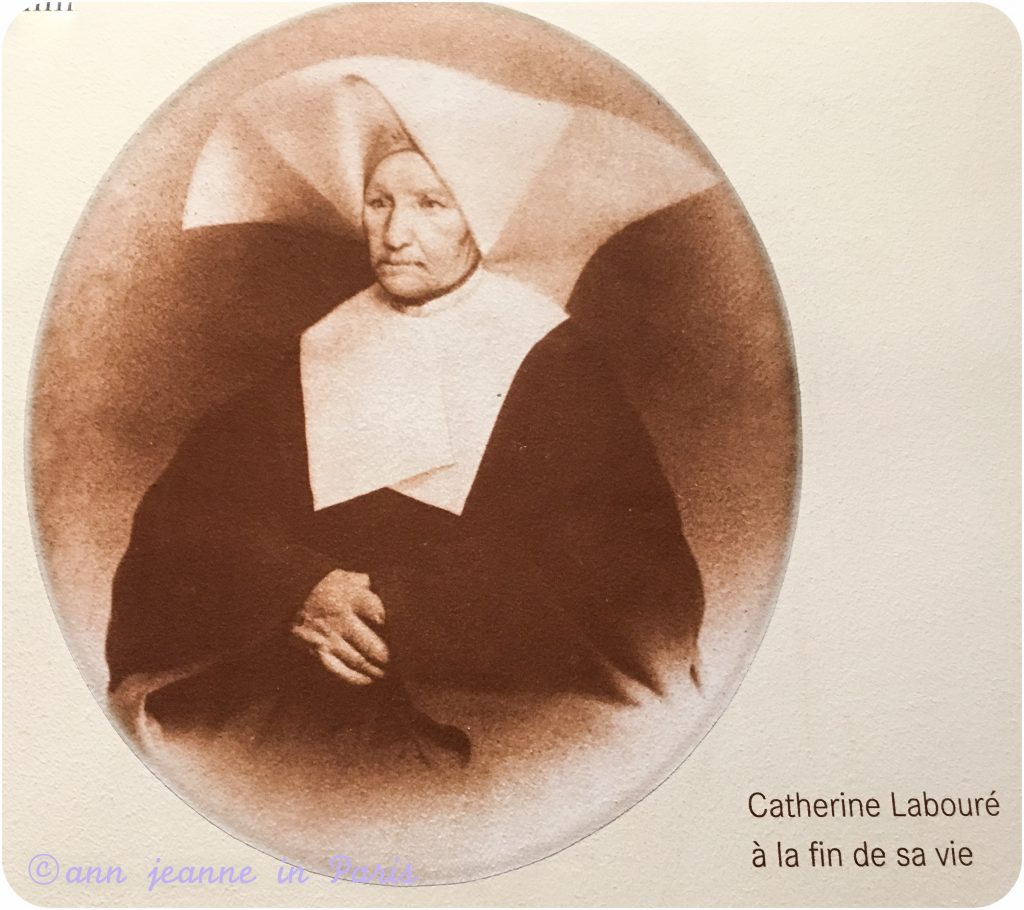 Catherine Labouré, was beatified in 1933 and her body moved to a reliquary beneath the altar to the right of the main altar of the Chapel. 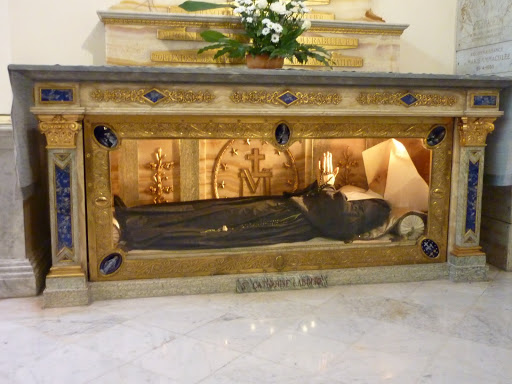 This is the incorrupt body of Saint Catherine Labouré entombed in a glass coffin.

On the second apparition , a woman of exceptional beauty appeared to Catherine Labouré, holding in her hands a small golden globe with a cross on top, rays of light emanating from her hands. it seemed to be in a picture, then the picture turned and on the reverse, she saw the letter M surmounted by a cross and on the bottom the hearts of Jesus and Mary. Catherine, then thought she had a mission : to have a Medal made, rich in symbols. 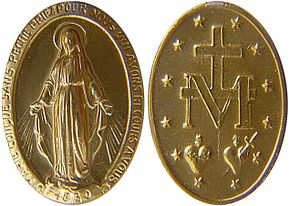 On the back of the medal, a letter and drawings : The letter M is surmounted by a cross. The M is Mary’s initial and the cross is the Cross of Christ. There are two hearts at the bottom, on encircled by the crown of thorns  (the Sacred Heart of Jesus) and the other pierced by a sword ( = the immaculate Heart of Mary, his Mother). Twelve stars  are engraved around the medal’s edge (The twelve apostles and thus the Church). 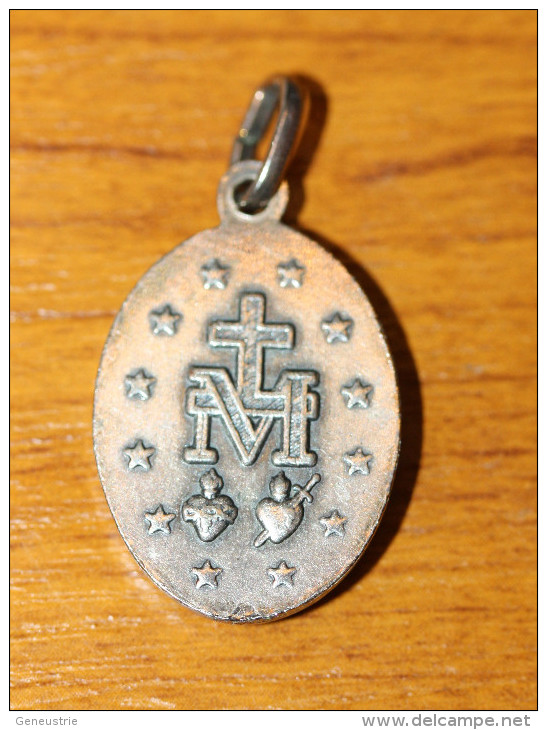 Roman Catholics around the world still wear the medal today. 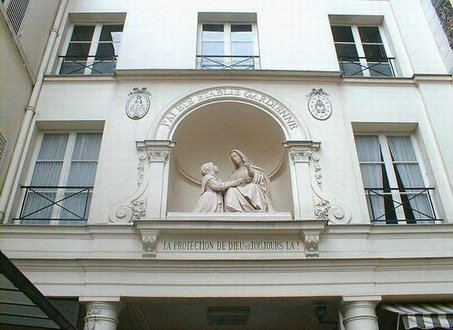 Chapel of our Lady of the Miraculous Medal – 140, rue du Bac – 75007 Paris – Metro Stop : Sèvres Babylone – Lines : 10 or 12. The chapel is at the end of a corridor/courtyard. The Chapel is nearby the Bon Marché department store. 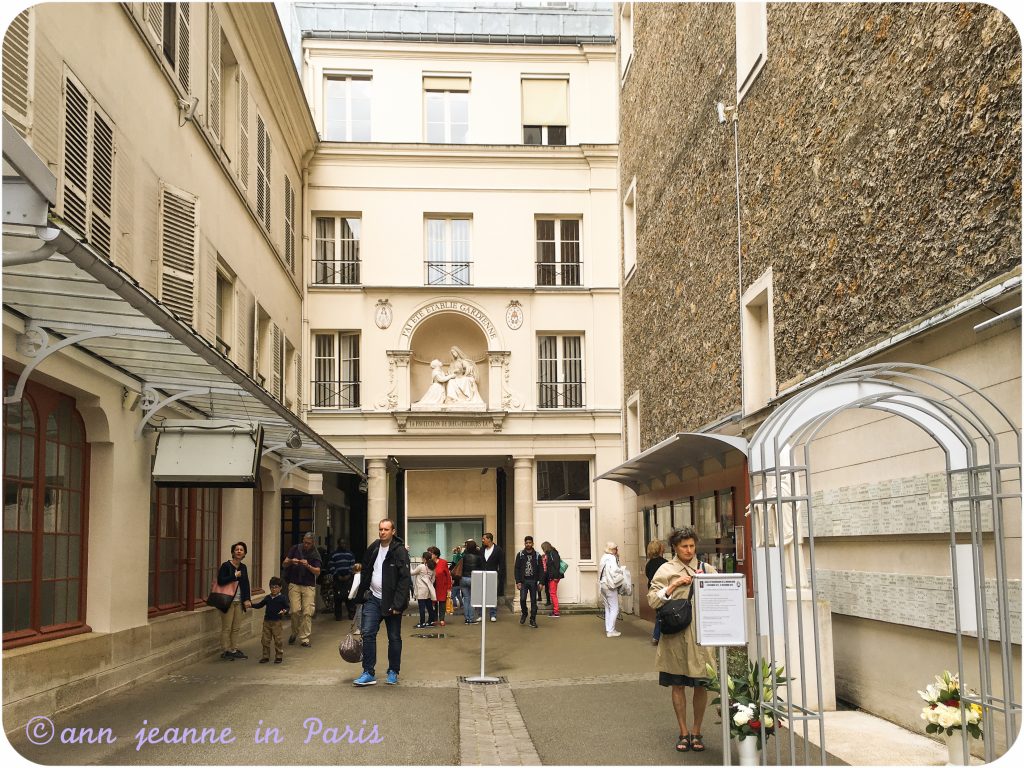 Opening hours (of the Chapel) :

Opening hours of the shop (for the medal) : (If I remember well, there is a large range of price from under 10 euros or even less to much more. It depends on the metal) 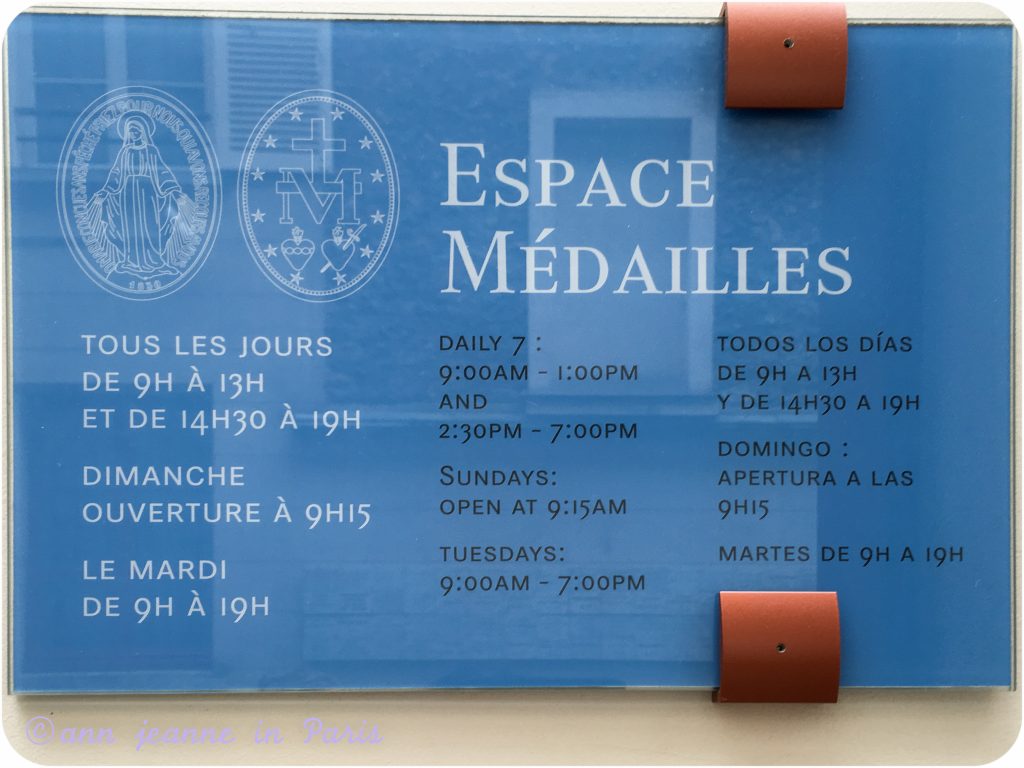 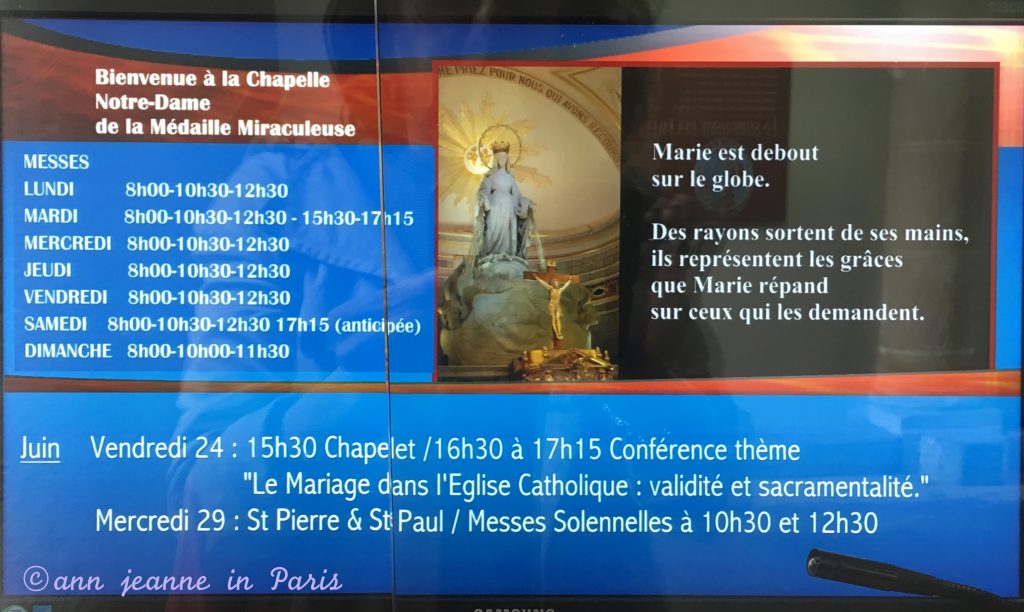 This chapel is located nearby the Bon Marché. The Bon Marché is the oldest Paris’ department store.